The first time I met "them," Santa and I were doing photos at Eastern Alamance High School.  Matt had called and asked if he and his wife, Susan, could bring their Leonberger dogs and puppies for pictures with Santa.  I said sure!  I'd never heard of a Leonberger so I thought, "oh, how cute this will be."  Well, in walk Matt and Susan with only what I can relate to by saying these big ol' bears and I mean that only in relation to size and in the most endearing way.  I know the look on our faces, including poor Santa, was hilarious.  We called that shot Santa and his reindeer!  There were the Mom and Dad and several puppies the size of my youngest child in middle school!  It was quite funny and fun and we got some great shots with Santa.  I fell in love with those little bears then:)  Matt and Susan raise litters of these puppies and are two very loving parents.  They take portraits of each litter for their puppy wall at home and last weekend, I was given the opportunity to photograph them.  I had it made as all I had to do was sit and wait and shoot.  Matt and Susan ran a marathon chasing puppies.... wore me out just watching!  But they assured me that all of a sudden they would drop like flies.  I was skeptical but they were right.  First one plopped, then another, then another... until all nine were down.  And then, like rag dolls, Matt and Susan could have set them afloat on the pond, it wouldn't have mattered!  It was fun, amazing, and a beautiful sight to behold, and I am so thankful Matt and Susan allowed me to be their photographer for this litter.  Enjoy!! 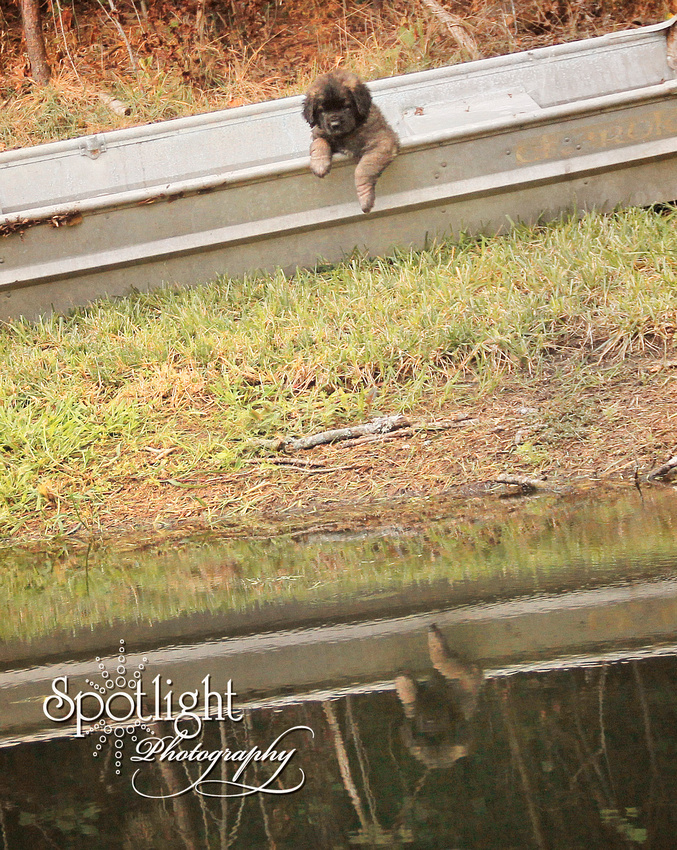